DWDCQ members experienced an exceptional and inspiring two day workshop with Carole and Michelle on 15 and 16 September 2014, following a weekend on which they were our first international judging appointees at two competitions – the first conducted by Pine Rivers Dog Training Club, with the first being the inaugural State DWD competition.  The workshop was held at Mt Gravatt showgrounds and the topics included: 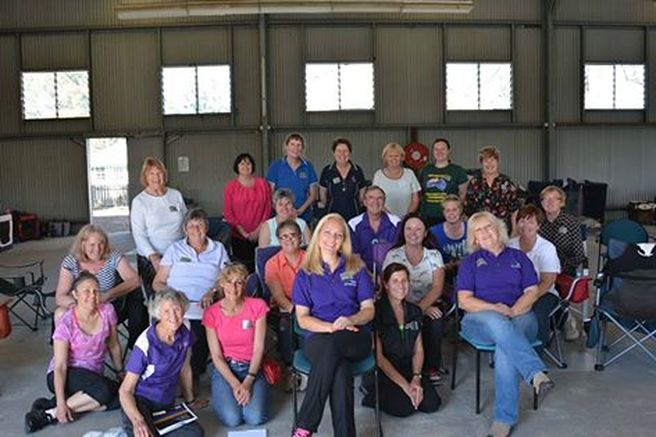 Carole and daughter Michelle own and run Forest Oak Farm Canine Training and Events venue, and a dog-friendly Campsite and Holiday Cottages in the beautiful Forest of Dean in Gloucestershire, UK.

Both have competed successfully on obedience and in what we in Australia call Dances with Dogs, in both Heelwork to Music and Freestyle divisions.  Carole, teamed with her oldest dog Clifton, were a force to be reckoned with, twice winning the Crufts HTM finals and reaching the finals for five years on the trot – always placing highly in both HTM and Freestyle at every event they attended.  Carole and Clifton were selected for the GB team in the World Championships in 2010 where they gained Silver overall. Carole retired Clifton in 2013 with a 2nd place and 3rd Place at Crufts in HTM and Freestyle respectively.

Michelle and her Border Collie, Tamar, placed in the top 3 competitors in Freestyle at the Crufts finals three years in a row. Michelle retired Tamar in 2010 after coming 2nd at Crufts and representing Great Britain in the UK Freestyle team at the World Championships in Denmark.   Both Carole and Michelle are now training and competing successfully with their younger dogs.
More information regarding Carole and Michelle can be found here:
http://www.k9htm.com/index.php?option=com_content&view=article&id=34&Itemid=93