What is Dances with Dogs?

Dances with Dogs (DWD) is a relatively new canine sport, which began in the UK in the early 1990s.  It was approved by the Australian National Kennel Council (ANKC) as an official sport in Australia from 1 January 2009.

DWD provides handlers and their dogs with an opportunity to demonstrate a skilful, choreographed routine, performed to music. There are two divisions of Dances with Dogs, Freestyle and Heelwork to Music.

Freestyle enables the handler to include innovative and creative moves and movement in time to music, giving the illusion of dance.   In Heelwork to Music (HTM), which is more closely aligned to obedience heelwork, the dog performs in one or more of the prescribed heelwork positions for at least 70% of the routine.

In DWD, handlers and their dogs develop a terrific rapport and, most of all, have fun doing it!  Spectators also
thoroughly enjoy watching the sport and seeing the enjoyment of the dogs and marvelling at their achievements. 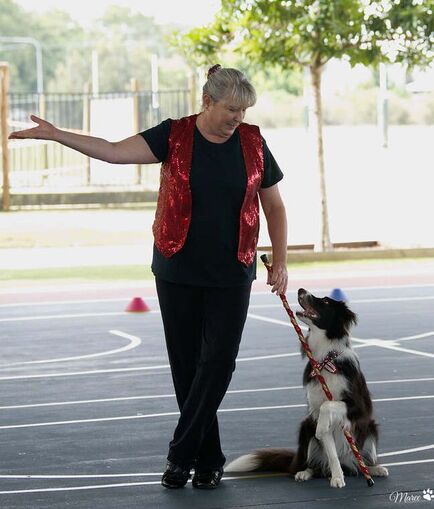 “The team present themselves as partners but the dog is always the STAR.  … Canine freestyle is guaranteed to make your dog’s tail wag and give you a new sense of freedom and fun unlike any other dog sport”

The Benefits of Dances with Dogs 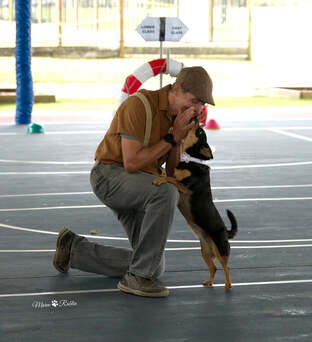 Paolo and Chica
IT’S FUN for both the handler and the dog.

Dogs and handlers develop great rapport, using positive training methods; use of compulsive methods is unlikely to produce the enjoyment and display of spirit by the dog which is inherent in DWD

The safety and welfare of the dog are of primary importance. There is no need to include moves which are not suitable or appropriate for the individual dog, whether due to his age, conformation or any previously sustained injury.

Dogs are active and their fitness improves; they develop greater flexibility and, by working on both sides of the handler, avoid stiffness that can be caused by working only on one side. 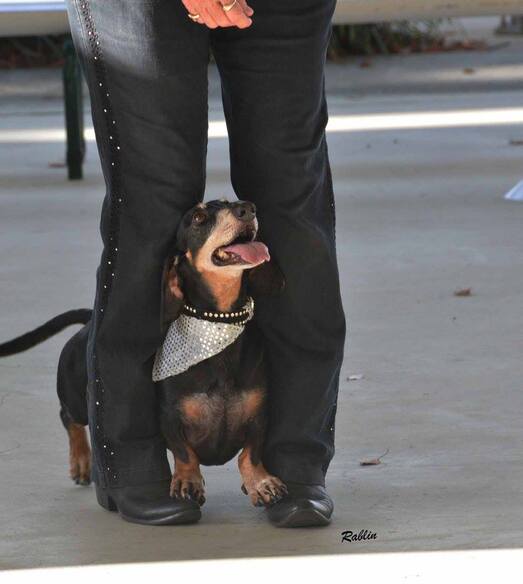