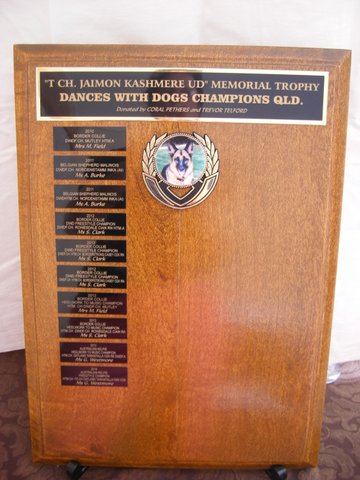 The following dogs and their handlers have achieved Championship status in one or both of the Divisions within Dances with Dogs.
To qualify for a Dances with Dogs Championship title the dogs must gain an Advanced title and then subsequently receive seven (7) qualifying certificates with aggregate scores of 160 points or more out of a possible 180..
The club is very proud of the following handlers and their dogs for reaching the pinnacle of the sport.  See the photos on our Brag pages.